California Wildfires: In the Heat of the Moment

California Wildfires: In the Heat of the Moment

California has to deal with a series of destructive blazes burned acres of vegetation prompting authorities to evacuate the residents living near the affected areas.

The first wildfire that struck CA this month is the Briceburg Fire which sparked close to the Merced River Canyon in Mariposa County. The blaze had burned 5,563 acres of land near Yosemite National Park and an evacuation advisory was placed on most of the communities Highway 140 and Briceburg campground.

There were injuries or casualties reported and the residents are now back in their homes.

Then another fire broke out on Thursday, the 10th when burning trash was dumped along a road. With the dry summer and gusting winds, what was an attempt to prevent a garbage truck from catching fire by dumping the burning trash, had turned into a blazing wildfire when it spread to the surrounding vegetation that burned dozens of residences in a Southern California mobile home park.

Dubbed as the Sandalwood Fire, this accidental blaze has prompted utility companies to preemptively cut power supply to several communities to contain the  possibility of power lines sparking fires as well.

Later at night on that same day, the Saddleridge fire broke out in the San Fernando Valley. More than 7,500 acres of land burned down, leaving much bigger damage than Briceburg fire. A man in his fifties died of a heart attack in his efforts to save his home with his garden hose.

These two wildfires move at a rate of about 800 acres per hour, separated only by less than 100 miles of land. CalFire and the local government exhausted all efforts to contain these destructive fires. 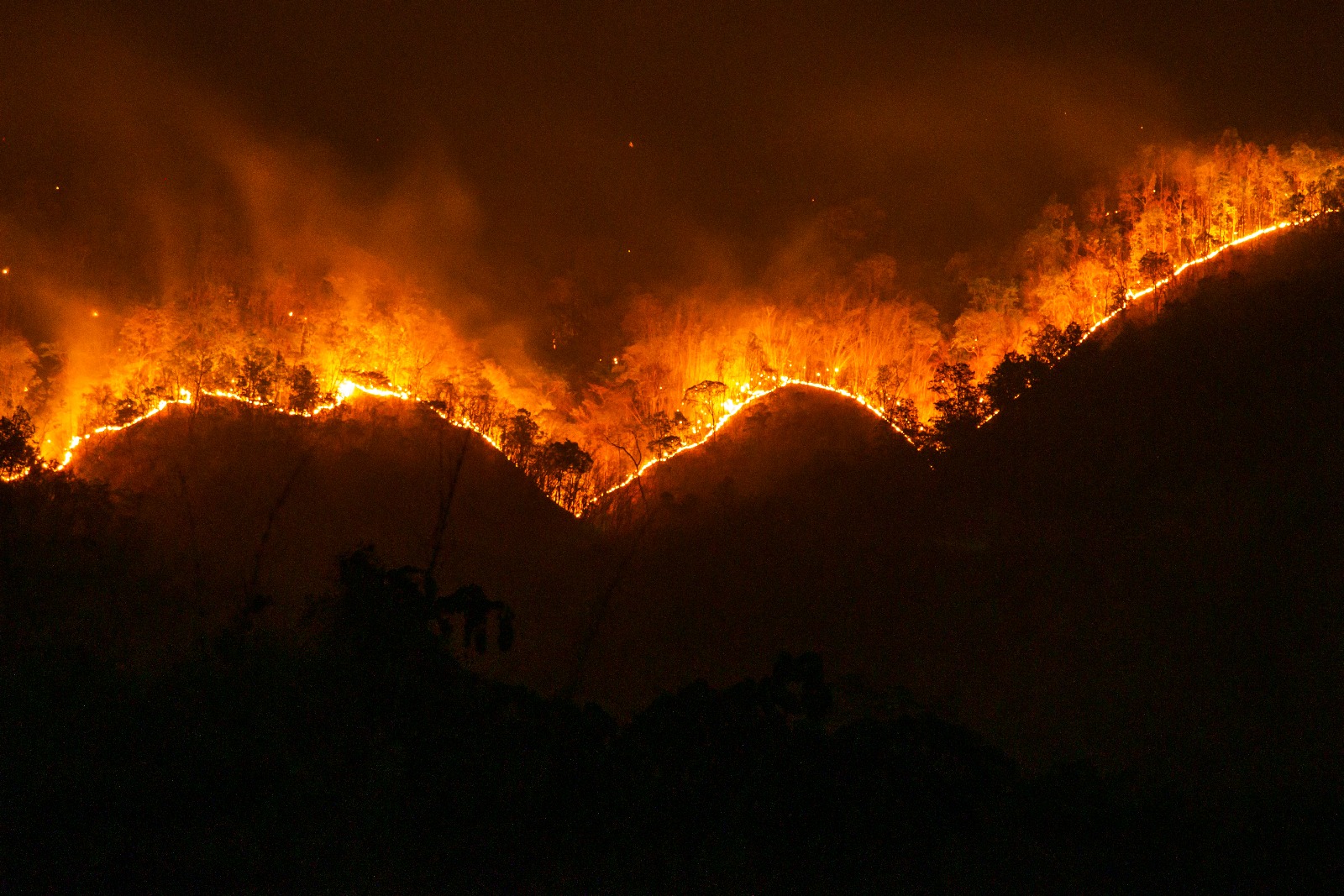 The Consequences of Wildfires

One of the preventive measures to take when wildfires occur, especially in danger zones that are more susceptible to bushfires, is to cut off the power supply. This is to ensure that the power lines are dead and will not ignite in case it becomes too hot or if it gets burned down. This is a safety measure utility companies have to immediately implement.

“The power company described Wednesday’s cuts as a precaution, hoping to prevent its electrical equipment and power lines from sparking blazes in dangerous conditions.” – https://www.nytimes.com/

How it Affects Your Heating and Cooling Service

It helps when a warning is given before the power supply is cut off. It can help you prepare for during and after an outage, and how long it may possibly take.

Go easy on your air conditioning If the rooms you spend most of your time is still cool, shut the doors and windows so the cold air can’t escape. Wear light summer clothes to help lower your body temperature. And hydrate yourself at all times.

More tips on summer cooling at Marthedal Solar, Air & Heating. Read more about fires or aftercare for your pets.

About the Author: admin