Skip to content
Loading...
Home/The Unexpected Culprit in the Surge of Air Pollution in Fresno
Previous Next

The Unexpected Culprit in the Surge of Air Pollution in Fresno

The Unexpected Culprit in the Surge of Air Pollution in Fresno

As it is, Fresno air is congested with pollutants that lessen its quality day by day. Those who have respiratory ailments such as asthma are already facing health risks and health challenges caused by the smoky haze by the wildfire season. As serious as this may sound, there is another threat lurking out there, especially in the early mornings, that adds to the air quality problems in the city. Are we are fault for enjoying powerful Fresno air conditioners?

San Joaquin Valley Air Pollution Control District office has seen a spike in an invisible pollutant that triggers asthma and can cause different breathing issues especially for those who have a weak respiratory system. This is invisible pollutant is called ozone. The accumulation of ozone is due to the stagnant weather of late summer mixing with the nitrogen oxide released by cars in early morning trips.

“What happens at this time of year with school starting up is there are a lot of NOx (nitrogen oxide) emissions happening earlier in the morning and all at the same time,” says Jon Klassen, the district’s director.

These trips that are being referred to are the drive many parents make to drop-off and pick-up their children to schools. The gasses released during the trips collect and adversely affect the health of not just their children but the general public as well.

NOx is a precursor to ozone, therefore, the higher the NOx congestion the bigger is the chances of the ozone formation. With so many cars running on the streets, even those that are idle outside of the school premises, so much pollutant is emitted that the ozone formation is started. And as an after-effect, there is even a higher level of pollution in the afternoon.

The Risks of NOx Influx 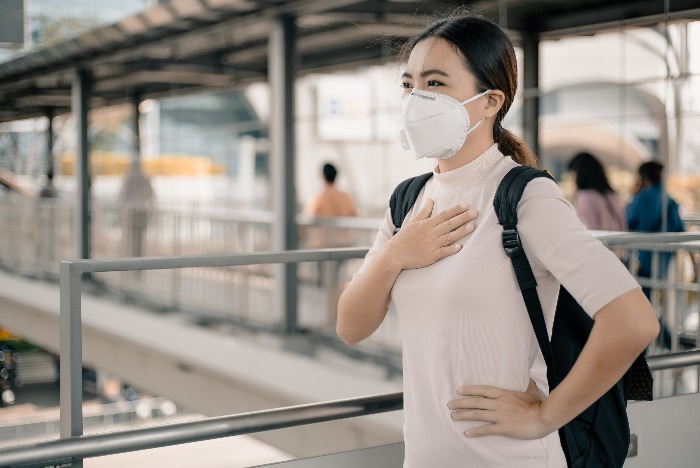 Parents only want safety for their children that is why dropping them off is always a safe choice. But it’s not necessarily an environmentally-friendly option for all.

Klassen added that “If enough kids were walking and riding their bikes all those added (vehicular) emissions that would’ve occurred aren’t happening.”

The additional pump on air pollutants has two major factors that parents should think about. One, children tend to breathe more air than adults, therefore, they are inhaling more NOx than their parents. And two, children are more exposed to smoke emissions because the tailpipes are built right at their mouth and nose level. The dangers these two factors bring aren’t meant to be brushed off.

Although choosing not to drive kids to school may not be applicable if the institution is located in areas with no bike lanes nearby or closely situated on busy streets with heavy traffic.

Electric cars and the latest models that go electrical when idle won’t release emissions so they are safe. However, more locals in the San Joaquin Valley keep the same car longer which means older units are running on the road.

The air district is campaigning for a “No Idling” movement to help combat the problem. This means the people, especially parents and guardians, are encouraged to turn off their cars while waiting on their children. Vehicles that are idle for more than 1 or 2 minutes has significantly created more emissions than those turning off the engine and then restarting it when it’s time to leave.

Aside from the outside pollutants, people are exposed to everyday, they are also at risk when they return home to an inefficient air conditioner. Contaminants and other harmful particles can bread inside the home, especially when the air vents are dirty and the filters are clogged with dust.

Make sure that you aren’t just making an effort to protect your family from outside pollution. Make your home air conditioning service reliable and safe comfort system for all, especially at home. Visit our other blogs on wildfires and air balancing.

About the Author: admin